I had the priveledge earlier this week to work on a few clients who had some real emotional stresses occuring in their lives.

The way these stresses were presenting themselves was through a lack of presence, lack of focus in the moment, severe headache & neck pains.

The gentleman I worked with was in the most discomfort with the physical pains.  The approach I used with him was first to listen to his "story" and the source of his stresses - another person.  Then I addressed where it was being stored in the body.  I utilized gentle touch and craniosacral techniques to contact the central nervous system and specifically the amygdala near the center of the brain.  Within just a few moments the energy of the stress itself was pouring out, his body slightly quivering as it was releasing.

To help calm the body & nervous system, I coached the client to gently place one hand over the heart, the other hand over the navel area...this is the area of the second chakra.  It is the chakra of the emotions.

The body continued to release, and the connection was made from heart to emotions, to bring the element of compassion to the process.  This also gives the client a chance to be more compassionate with himself, to see that he doesnt really need to store nor take on anyone else's emotional/ energetic stresses.  Its not his job to make others happy.  His focus can now be on himself, what brings greater fulfillment in his world.

The other client, a women, was holding back her tears, not allowing herself to simply give expression to some worries and a deep love for a family member.

In using the same approach to the amygdala, there was permission to deeply feel her own love for another. Tears flowed, stresses dispersed from the body.  Greater presence, grounding, and clarity resulted. Upon stepping outside & away from the treatment area, she immediately noticed how brilliant the colors became...almost surreal to her as compared to prior to treatment.

In the allowing of her own emotions, "Jane" discovered more of herself, her own presence, peace, and was able to see & appreciate the beauty of what life was showing her in the moment.

What a treat for me to witness the beauty that both of these clients presented, and the power of connecting to the heart. 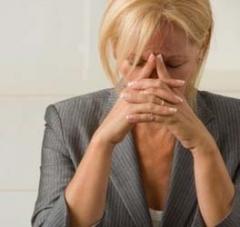